Many Travelers Are Still Dealing With Flight Delays And Cancellations 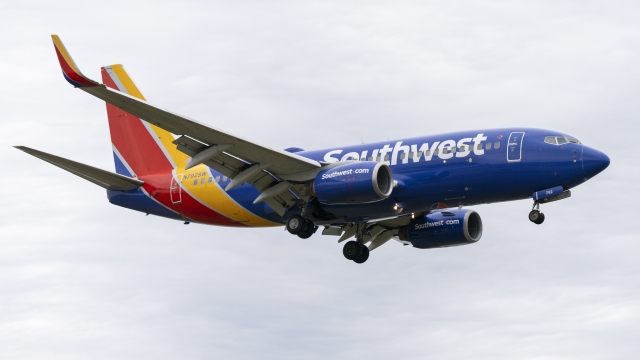 Another day, another wave of flight delays and cancellations.

From coast to coast, frustrated travelers are scrambling to make new arrangements.

Their plans for a smooth trip are grounded.

This month got off to a particularly turbulent takeoff as a series of storms snarled air travel across the country.

More than 15,000 flights were delayed the first weekend of the month alone.

But unfortunately, it's not uncommon these days.

"There was a lot of severe weather and that can happen, but it shouldn't have created the kind of ripple effects through the system that it did. That is something that to me is an indication that we still have not seen the improvements that we need, that the system is very brittle," said Pete Buttigieg, secretary of the U.S. Department of Transportation.

This year has seen more flight cancellations and delays than in all of 2021.

U.S. Airlines canceled 2.7% of flights between January 1 and August 7 this year.

The number of delayed arrivals shot up to 20% up from 15% last year.

Weather is the leading factor.

Skyler McKinley is the regional director of public affairs at AAA Colorado.

"As we increasingly have to deal with severe weather events, airlines' top concerns remain consumer safety. If it's not safe to fly because of a storm, or the runway is too hot, or other climate concerns that leads to delays and cancellations," McKinley said.

And those staffing shortages we've been hearing about for months are still going strong.

And many are struggling to fill those positions.

As a result, carriers have slimmed down the number of flights they offer.

"With the traffic recovery, we've had to recover a lot of people that we had placed on the sidelines. And in some cases carriers had furloughed, to get airline operations back up to the place that they were pre-pandemic," Champion said.

These issues have prompted lawmakers and consumer advocates to push for more protections for travelers.

Last week, the transportation department proposed a new rule that would standardize the meaning of a "significant" delay and make it easier for passengers to get a refund on those pricey plane tickets.

But in the meantime, airline employees are asking passengers for patience and to plan for the worst.

Give yourself a travel cushion, if you can — a day or so at each end of your trip just in case.

The odds of getting delayed are lower, and if you do need to be re-booked the airline will have more options.