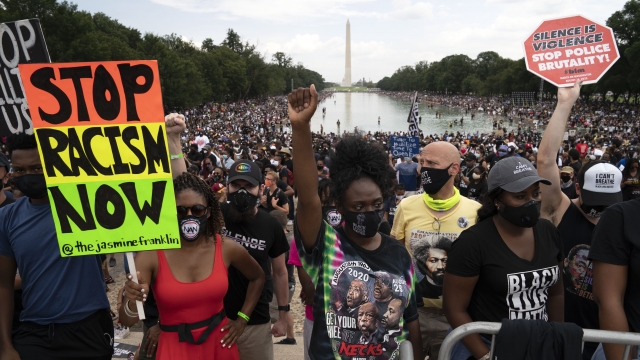 Thousands of people of all ages and backgrounds descended upon the Lincoln Memorial today, not only to celebrate the 57th anniversary of Martin Luther King's March on Washington, but also to bring attention to Black lives lost while in police custody.

Their focus was a call for racial equality and police reform.

For those concerned about COVID, the march was partially held virtually.

The march concluded at the Martin Luther King Memorial, with leaders saying Blacks have not received justice for lives lost. The attorney for Ahmad Arbery's family stated, "We free ourselves and we fight for ourselves."