Marches In U.S. On Both Sides Of Abortion Debate 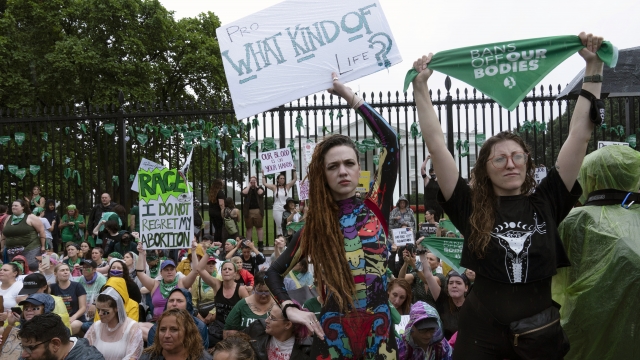 The Women's March group has called for a 'Summer of Rage' in response to the Supreme Court's overturning last month of Roe v. Wade.

Hundreds of people protested for abortion rights Saturday by marching to the White House and staying for about an hour, while in Chicago and other cities, March for Life protesters took to the streets, and at points were met by counter protesters.

The demonstration in Washington was organized by the Women's March, a movement that drew millions to the streets in the nation's capital and across the country the day after Donald Trump was inaugurated as president in 2017.

The group has called for a "Summer of Rage" in response to the Supreme Court's overturning last month of Roe v. Wade, the landmark ruling that had enshrined abortion as a constitutional right for more than 50 years.