Maria Butina Released From Prison, Arrives In Russia After Deportation 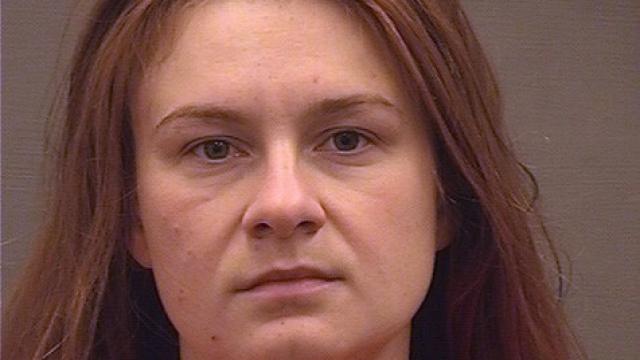 Butina admitted to plotting with a senior Russian official to influence U.S. politics by infiltrating organizations like the NRA.

Russian secret agent and gun rights activist Maria Butina arrived in Moscow Saturday, a day after being released from a low-security U.S. prison.

Butina admitted to plotting with a senior Russian official to influence U.S. politics by exploiting her personal connections and infiltrating American organizations, including the National Rifle Association. Last month, a Democratic senator presented a report alleging the NRA acted as a "foreign asset" for Russia ahead of the 2016 election.

Butina was arrested in July 2018. She pleaded guilty at the end of that year to one count of conspiring to act as a foreign agent without registering with the U.S. government. She was sentenced to 18 months in prison in April, including time already served.

Butina was set for release next month, but a change in how good behavior time is calculated moved the date sooner. She was transferred to ICE custody and deported to Russia immediately.