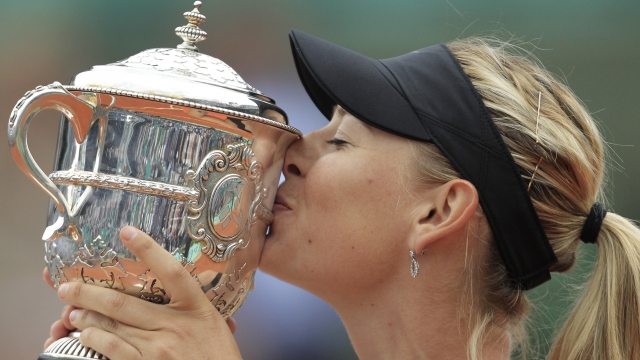 Arguably one of the greatest to ever step on a tennis court has decided to turn in her racket. Maria Sharapova has announced her retirement from the sport at 32.

That kickstarted a roller-coaster 19-year career, and she went on to win four more major championships. Sharapova was also ranked No. 1 in the world on four separate occasions.

But in 2016, she was suspended after testing positive for a newly banned substance. Sharapova appealed the suspension, and it was reduced from two years to just 15 months after the court found the doping was not intentional.

Since returning, she has appeared in just one major quarterfinal as various shoulder injuries and surgeries ultimately caught up to her.

Though Sharapova tumbled in the world rankings recently, she said she doesn't regret giving her life to tennis.

She told Vanity Fair: "I realize that tennis has been my mountain. My path has been filled with valleys and detours, but the views from its peak were incredible. After 28 years and five Grand Slam titles, though, I'm ready to scale another mountain."

Despite the ups and downs, it's inevitable that Sharapova will leave behind an enduring legacy with more than 600 career wins, including 36 titles.

Additional reporting by Howard Fendrich of the Associated Press.

This video contains footage from CNN.