Marijuana Addiction Is Real Even If It Doesn't Affect Most Users 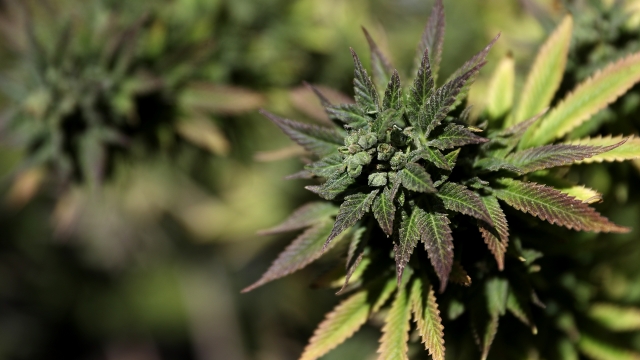 Weed's reputation as a non-habit-forming drug is being challenged by scientists.

For some, marijuana is recreational relaxation every once in a while. For others, it helps with medical conditions. And for still another group, it is an addiction.

First, there's terminology to work through.

"Marijuana use disorder" develops for some users with symptoms ranging from a struggle to control the desire to smoke to a growing tolerance. There's also "marijuana dependence," especially for frequent users, marked by withdrawal symptoms: irritability, sleep problems, cravings, restlessness, for a week, maybe two.

Dependency can develop when the brain gets large amounts of THC, the chemical that gets you high, especially over a prolonged period. Over time it takes bigger and bigger doses to get high. THC is similar to the brain's natural cannabinoids — neurotransmitters — which allows it to trick cannabinoid receptors and activate them. Effects range from intense pleasure to fuzzy memory.

Marijuana use disorder also can result in addiction for some users. The mark of addiction is not being able to stop using, even if it's clearly interfering with your life: problems with relationships, performance at work or school.

Exactly how many people are addicted is unclear, although it is clear most people who try the drug never become addicted. Nine percent of users become dependent, reports the government, and about 17 percent who start using marijuana in their teens become dependent. It's possible, however, to be dependent and not addicted.

Those percentages might not seem all that high, but marijuana is so widely used that the number of people who are dependent is sizable: about 2.7 million. Research suggests that prolonged use of weed that begins in the teenage years can alter brain development. MRI scans of people who began using in adolescence showed connections between the left and right hemispheres were impaired, compared to non-users.

Another study tracked more than 1,000 people from birth to age 38 and found that marijuana smokers had lower IQs in their 30s than they did in childhood. Experts emphasize that more research is needed to fully understand marijuana's effect — including whether any negative changes are permanent.

This much seems clear: It might not cause the majority of car crashes and homicides, but marijuana is not safe for everybody and not altogether harmless.