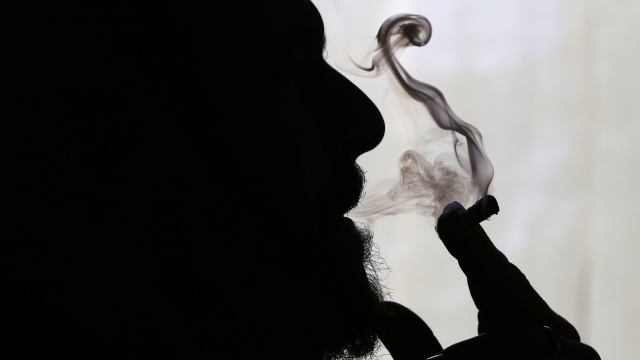 There is little agreement or clarity on what the level of driving impairment is for marijuana, though the idea is mentioned by lawmakers.

Lawmakers weighing whether to legalize weed are grappling with some tricky questions, like: How high is too high to drive? What exactly qualifies as "driving under the influence" when it comes to weed?

Generally, the penalties for marijuana-related DUIs are the same as those for alcohol-related DUI convictions. The consequences of a first offense might include license suspension of 90 days to a year, fines ranging from about $500 to $2,000 and/or up to a year in jail.

Though it may sound simple, it's not. When you investigate exactly how law enforcement is able to tell — let alone prove — that someone is actively high while driving, things can get a little complicated.

There's a solid scientific basis that anyone with a blood alcohol content of 0.8 or more is too drunk to drive, but there's little agreement or clarity on what that level should be for marijuana.

"They tried to do that with marijuana, and quite frankly, it just hasn't happened yet,"  said Chip Siegel, an attorney specializing in DUI law.

"Maybe one day NHTSA or other government agencies, other scientific agencies, will become comfortable in saying, "Okay, this is the level that anybody who has marijuana in his system is just too high to drive,'" Siegel said. "But right now, we just don't have that number."

There's essentially no concrete way to tell if someone is dangerously under the drug's influence while operating a vehicle, yet marijuana-related DUI cases are often cited as reasons not to legalize the drug.

A 2020 study found that in the state of Washington, where marijuana has been legal since 2012, the percentage of fatal crashes in which drivers tested positive for THC — the main psychoactive compound in marijuana — doubled in the years after. That study made national headlines and was cited by politicians who raised fears about stoned driving as a reason to keep weed illegal.

But while those findings probably do reflect the fact that more people consume cannabis when it's legal, they didn't show that it was in fact THC impairment that caused the crashes. All it showed was that THC was present in drivers' systems at the time of the crash.

THC by nature is a substance that can be detected in our system for up to 90 days in hair, anywhere between three days to a month or longer in urine, up to 48 hours in saliva and up to 36 hours in blood. But, those figures could change depending on how much, how often and how you consume it, so technically, someone could have ingested or smoked marijuana days before actually driving yet test positive for an illegal amount of THC if they are pulled over.

Studies have shown that marijuana use does impair driving abilities, but the current methods to prove if someone is actually high while driving are shaky at best.

A look at the most recent Gallup poll reveals that 68% of Americans support the legalization of marijuana. Gallup's data shows a majority of Americans have supported the idea since at least 2013, but federally, marijuana is categorized as a controlled substance under Schedule I of the Controlled Substance Act, making the possession and use of it illegal.

The U.S. House of Representatives tried to change that by passing a marijuana reform bill in early April this year. That bill now sits with the Senate, where experts believe it's most likely to be rejected.

So while it doesn't look like we're close to federal legalization just yet, legal weed across many states means the problem of accurately identifying marijuana-related DUI's is one that still begs to be addressed.