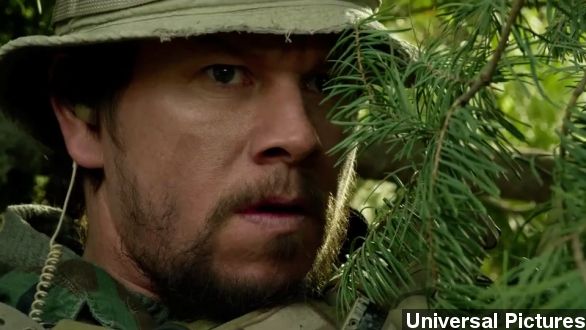 After Mark Wahlberg's firery speech slams Hollywood, he denies any relation to Tom Cruise's alleged remarks on the same debate.

Mark Wahlberg's commitment to acting is only shadowed by his ability to call b.s.

Such was the case while promoting his latest flick, "Lone Survivor," Tuesday night in Los Angeles. Entertainment Weekly reports a tense Wahlberg took the stage for a Q-and-A but instead started an open-letter "monologue." Take a look:

"For actors to sit there and talk about, ‘Oh, I went to SEAL training'? I don't give a f*** what you did. You don't do what these guys did. For somebody to sit there and say my job was as difficult as being in the military? How f***ing dare you, while you sit in a makeup chair for two hours." (Via TMZ)

In "Lone Survivor," Wahlberg stars as Petty Officer Marcus Luttrell, a real Navy SEAL whose story is retold in the movie. "The Departed" actor trained under rigorous military conditions to prepare for the role. (Video via Universal Pictures)

Wahlberg never named names in his speech on Tuesday. However, the Hollywood Take, among other sites, noted his fiery words come not long after comments made by fellow actor Tom Cruise during his ongoing defamation suit. Cruise reportedly compared the difficulties of training for a movie to war, though he's argued his comments were largely taken out of context.

"When asked by a lawyer if Cruise was aware his counsel had 'equated your absence from [daughter] Suri … to someone fighting in Afghanistan,' the actor reportedly said: 'That's what it feels like. And certainly, on this last movie, it was brutal.'"

USA Today posted a letter from Cruise's lawyer insisting the actor was misquoted, which suggests there was no connection to Wahlberg.

"Headlines stating he equated his job with those in the military are demonstrably false. They are a distortion of what is provable and on the record."

TMZ caught up with Marky Mark to respond. A confused Wahlberg denied any connection to Cruise as well.

"I didn't know it was Tom Cruise who said that, someone just mentioned that people were comparing that. … I love Tom Cruise; he's a great actor."

Los Angeles Times contributor Randee Dawn didn't focus on the he-said, he-said scandal. She makes a point to ask the question, "What does make an actor's job difficult?" In her words...

"On some level, every good actor has to be a jack of all trades. … For each role, an actor has to become a whole other person, with different thoughts, different problems and, notably, a different set of skills than his own."

Wahlberg did not take any questions after giving the audience a piece of his mind on Tuesday. He apologized but also told the crowd he's "just getting started."