Facebook's CEO Meeting With Lawmakers Ahead Of Congress Testimony 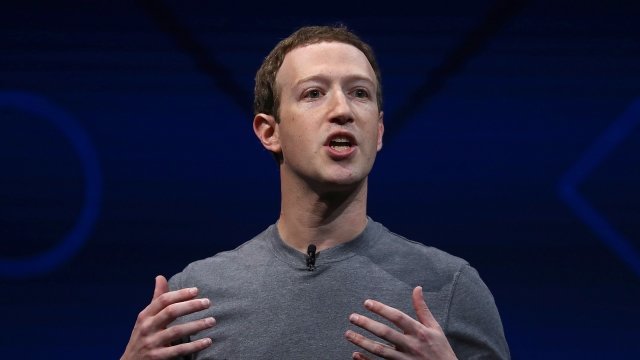 Mark Zuckerberg is reportedly meeting with lawmakers Monday ahead of his scheduled two-day testimony before Congress.

Facebook's CEO will reportedly meet with lawmakers Monday ahead of his appearance in front of the Senate and House.

Mark Zuckerberg is scheduled to testify before the Senate on Tuesday and the House on Wednesday.

The hearings come after increased scrutiny of Facebook's data practices amid the Cambridge Analytica scandal.

The London-based political organization gathered information on tens of millions of Facebook users without their consent.

Facebook has updated a few measures to protect users' privacy — like restricting the data third-party apps can see, removing the capability to search for users using their phone numbers, and requiring advertisers to verify their identity.