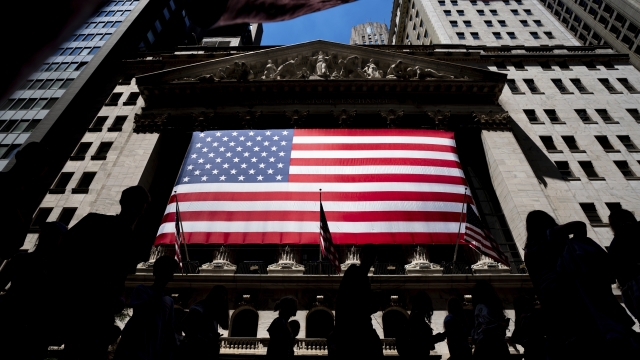 Stocks fell broadly in afternoon trading on Wall Street Tuesday, extending a slump for the major indexes as investors continue to worry about the state of the economy.

Energy companies had some of the biggest losses as U.S. oil prices fell 8.1%. Exxon Mobil shed 4%.

Why Are Financial Markets So Volatile?

When big companies like Target announce they’re feeling the effects of inflation, Wall Street doesn’t like it.

Stocks remain in a slump that pulled the S&P 500 into a bear market last month, meaning an extended decline of 20% or more from a recent peak. The market's performance in the first half of 2022 was the worst since the first six months of 1970.

Inflation has been squeezing businesses and consumers throughout the year, but tightened its grip after Russia invaded Ukraine in February. The invasion sent oil prices higher globally and sent gasoline prices in the U.S. to record highs. That prompted a pullback in spending from consumers struggling with higher prices on everything from food to clothing.

Central banks have been raising interest rates in an attempt to temper inflation. The Federal Reserve has been aggressive in its shift from historically low interest rates at the height of the pandemic to unusually big rate increases. But, that has raised concerns that the central bank could go too far in raising rates and hitting the brakes too hard on economic growth, which could bring on a recession.

Wall Street has been closely watching the latest economic updates for more clues on how inflation is impacting the economy and whether that could shift the Fed's position on rate hikes. Wall Street will get a closer look at the employment market on Friday when the the government releases employment data for June.

Investors are also looking ahead to the next round of corporate earnings for a clearer picture of inflation's impact. Several big companies recently warned that their financial results are being squeezed by inflation, including spice and seasonings maker McCormick.