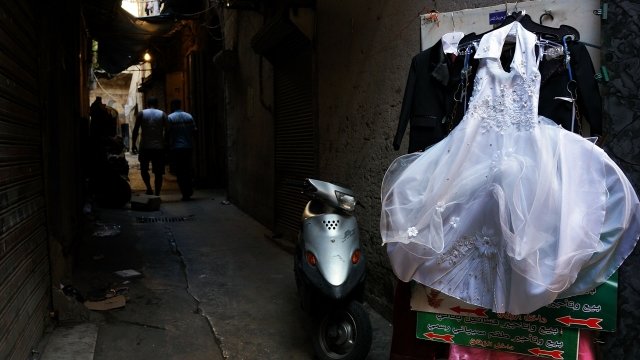 But advocates say they're still fighting for reform in several countries.

Several countries still have legislation that some critics call "marry your rapist" laws. But advocates say recent decisions to overturn the laws in places like Tunisia and Jordan might influence other countries to act.

These laws let perpetrators avoid charges if they marry those they raped. Some laws were passed down from previous colonial rule, and patriarchal societies also maintained them.

"A lot of it has to do with this idea of 'saving the honor' of the girl or the woman who's been raped and to stop the family from feeling ashamed or bringing shame on the family ... instead of actually trying to remedy the situation for the girl herself or seeing her as a victim and survivor of a human rights violation," Antonia Kirkland of Equality Now said.

A new estimate from the World Bank and the International Center for Research on Women might give countries a new incentive to outlaw the practice.

Criminalizing this practice is just one step activists say can invoke change and shift societal norms.

"I think it's a combination of factors. The idea that a girl should be pure before marriage, that she's the property of the family rather than she's a person in her own right, that's experiencing this abuse. ... It's seen more as a community problem, rather than an individual," Kirkland said.

Advocates also argue overturning laws like these has financial benefits.

"To end poverty and to really develop economically and ... social development, that there has to be equality between men and women," Kirkland said.