Could You Handle 8 Months In Isolation To Help Astronauts Get To Mars? 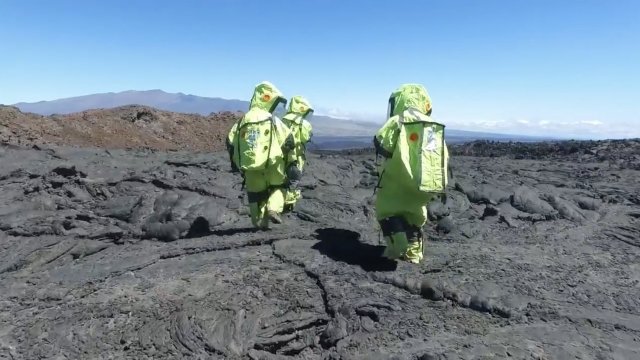 The University of Hawaii at Manoa used an area near one of the world's largest volcanoes as a proxy for Mars.

Eight months on Hawaii might be idyllic, but eight months of isolation probably isn't on many people's wish lists.

Thanks to funding from NASA, the University of Hawaii at Manoa used an area near one of the world's largest volcanoes as a proxy for Mars.

And on Sept. 17, six test subjects finished their long stint in the isolated habitat.

The location's conditions were similar to those on Mars, and the crew lived and worked like they would on the red planet.

They ate "mostly shelf-stable foods," and they wore "space suits" outside so they couldn't feel the sun or wind.

Communication to the outside world was delayed 20 minutes; that's about how long it takes a message to travel from Mars to Earth.

The mission was the fifth of its kind since 2012. Besides testing the stress of isolation, the goal also is to figure out how to pick a team of astronauts who will work cohesively during an extended stay on Mars.

Teamwork over the long haul is important, considering researchers think a round trip to the red planet will take three years.