Mass Shootings and the Media: Deciding What Gets Covered 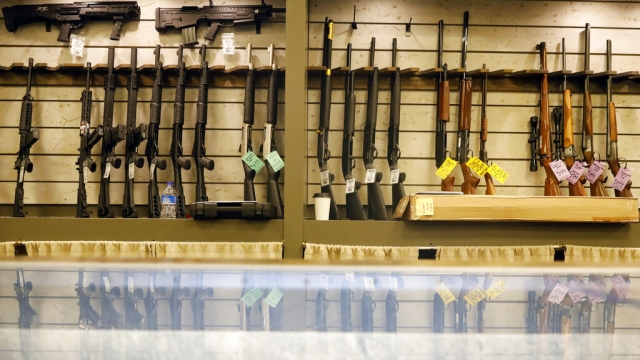 Experts say people often perceive equally deadly mass shootings in very different ways depending on how random the violence seems to be.

You're an editor or producer in a national newsroom. Two mass shootings come in over the wire. One took place inside a home...the other at a crowded grocery store. Both saw multiple confirmed deaths. Both suspects are dead.

What do you cover first? And what gets the most airtime? Experts say people often perceive equally deadly mass shootings in very different ways depending on where they happen — and how random the violence seems to be. And that affects how those shootings are covered.

Take a look at recent violence in one city, Indianapolis. While the events didn’t happen at the same time, the number of deaths in each fit the Gun Violence Archive’s description of a mass shooting; 4 or more people shot and or killed minus the shooter. There have been three in the city this year. One occurred on January 24: five people, one of them pregnant, killed inside a home. The second, March 13: 4 people shot and killed at a home, allegedly following an argument over a stimulus check. The third, April 15: a gunman killed 8 people at a FedEx Facility.

We examined national news coverage of each shooting from four outlets, including Newsy, the day of and the following week.  Here’s what we found:

Excluding things like opinion pieces, the first shooting at the home was covered 9 times. The second, covered 3 times. The third, at FedEX, 48 times.

"If it happens to people who are not like us we think OK, well, this is something that happens to those kinds of people and not to my kind of people. And so we look for ways to kind of create a distance from the event,” said University of Oregon psychologist Paul Slovic.

According to Paul Slovic, a psychologist who studies risk and decision making, it’s known as Perception of Risk. Take, for instance, the 2002 DC sniper attacks.

"You didn't know where this person was going to show up next so you couldn't sort of protect yourself by staying away from the place where it's going to likely to happen. You didn't know that. And so one of the things that affects our perception of risk, is the sense of control," Slovic remarked.

So an editorial team could make the argument that there's an unknown risk of a grocery store shooting: It could happen to anyone, and thus the audience has a greater need to know about it. On the flip side, audience members can remove their own interests if the shooting takes place in a situation or area they can avoid.

"The sort of mass shootings that we see in the news that get the live cable coverage and alerts on your phone from national news companies make up one less than 1% of shooting victims. The mass shootings that don't get covered are mostly those harming Black and brown communities," said Jim Macmillan, founder of the Center for Gun Violence Reporting.

According to Gun Violence Archive, of the U.S.' nearly 15,000 gun-related deaths in 2021, around 200 come from mass shootings. Jim MacMillan, a Pulitzer Prize-winning photojournalist and founder of the Center for Gun Violence Reporting, held a summit along with leaders across Philadelphia asking reporters, doctors and community leaders what can be done to cover all types of gun violence, public or domestic, in an ongoing, comprehensive manner.

"Journalists should take a public health response to gun violence and what that means Is to approach gun violence as the epidemic that it is, and epidemics, like all epidemics, one that can be contained and disrupted and mitigated with intervention strategies and eradicated by addressing root causes," MacMillan suggested.

That’s contextual, humanized reporting on every mass shooting. But that can be hard given their numbers — and it can also lead to "psychic numbing” where the audience has trouble compassionately processing so much death.

However, MacMillan says it may be necessary for newsrooms in a time when gun violence is, as the CDC describes, a public health crisis.  Amber Strong, Newsy, Washington.