Sharks Munching On A Whale Carcass Close Down Massachusetts Beaches 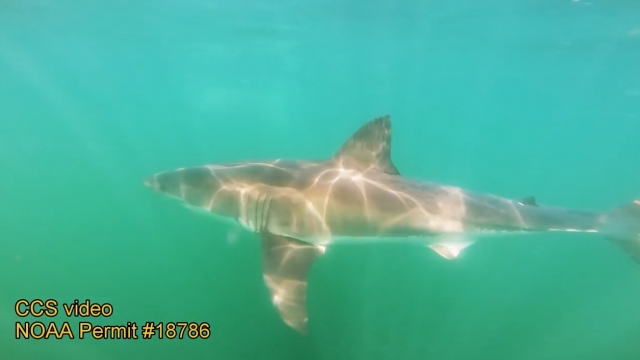 Center for Coastal Studies in Provincetown

In case sharks weren't terrifying enough, seeing what a pair of great whites did to a whale carcass puts things in a whole different perspective.

The Center for Coastal Studies in Provincetown, Massachusetts, found a mostly intact minke whale carcass in Cape Cod on Wednesday.

But when they went back the next day, they found little more than a spinal column and skull remained.

At least two great whites were picking the carcass clean. The find led to the closure of several local beaches, since there were sharks actively feeding in the area.

The whale carcass washed up on shore on Friday, so there was a good chance the sharks gave up and left the area.

A marine science professor told The Guardian great whites have actually seen a resurgence in the area thanks to conservation measures put in place in the '90s.

But that doesn't necessarily mean you have to be worried. He said, "Everybody thinks there are these crazy sharks out to be raging predators, but they focus on the dead, the sick, the dying."

This video includes images from Getty Images and clips from National Geographic, Center for Coastal Studies in Provincetown and Massachusetts Division of Marine Fisheries.