Dozens Of Mayors Expected To Sign Their Own Climate Accord 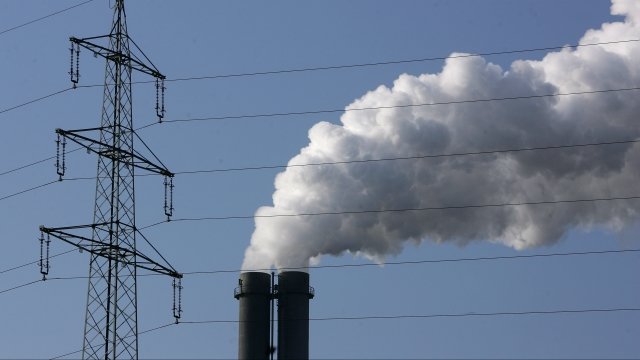 According to USA Today, at least 36 U.S. cities are expected to sign the Chicago Climate Charter.

Mayors from several U.S. cities are expected to sign a promise to reduce greenhouse emissions on Tuesday.

According to USA Today, at least 36 cities are expected to sign the Chicago Climate Charter. Chicago's mayor told the outlet, "Each mayor is going to sign their own customized plan on how they are going to achieve the 2025 Paris Agreement."

President Donald Trump has been criticized by some for choosing to pull the U.S. out of that international accord. The Chicago Climate Charter wouldn't be the first group of leaders trying to circumvent Trump's decision.

Another effort, known as America's Pledge, includes 20 states, 110 cities and more than 1,300 businesses trying to meet the Paris agreement's goals.

Trump has said the Paris accord unfairly targets the U.S. For example, he argued that while the agreement could cost 2.7 million American jobs by 2025, it would allow China to increase its emissions for 13 years.

Trump further argued if the Paris agreement were completely implemented by all countries, "14 days of carbon emissions from China alone would wipe out the gains from America."