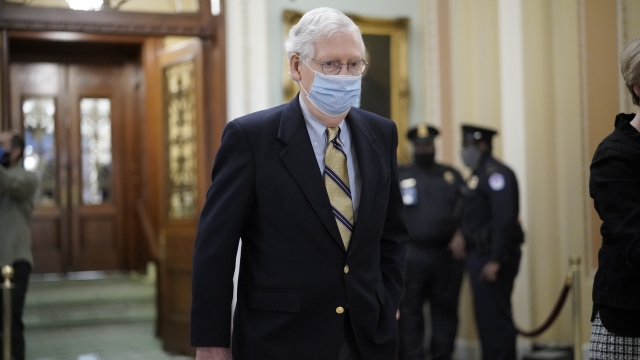 McConnell warned the former president could face civil litigation as a private citizen.

But he raised some eyebrows with a speech he gave on the Senate floor when the trial was over.

He said Trump's actions were "practically and morally responsible for" sparking the events of January 6, and he warned Trump could still face punishment.

McConnell warned the former president could face civil litigation as a private citizen.

"I think Sen McConnell's speech, he got a load off his chest obviously, but unfortunately he put a load on the back of Republicans. So I like him, Sen. McConnell, he worked well with President Trump," said Sen. Lindsey Graham "I think his speech is an outlier regarding how Republicans feel about all this."

Sen. Lindsey Graham says GOP candidates running in 2022 will be asked about McConnell's speech and it will make it harder to for Republicans to take back the Senate.