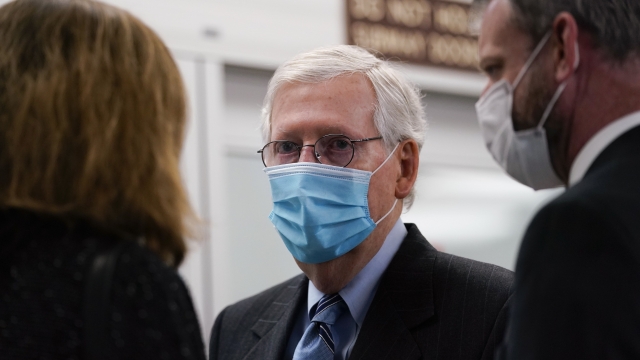 McConnell said Trump was "practically and morally" responsible for the riot.

One of the Republicans who voted to acquit the former president — but criticized him after — is Senate Minority Leader Mitch McConnell.

McConnell said Trump was "practically and morally" responsible for the riot. Trump released a statement slamming McConnell, and threatened to support primary candidates who back his policies over McConnell's.

He said McConnell is a political hack and that if Republicans stay with him they will not win again, saying McConnell will never do what is right for the country.