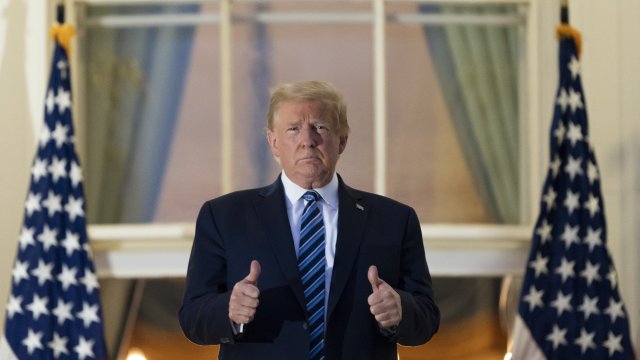 Former President Donald Trump tested positive for COVID two days before his first debate with then-candidate Joe Biden — and then lied about it. That's the accusation from Trump's former chief of staff Mark Meadows in a new memoir.

The Guardian obtained an early copy.

In the memoir, Meadows says after Trump's positive test, he turned in an earlier negative test.

Both candidates were required to test negative three days before that debate last September.

Trump announced he had COVID just days after the debate.