Media Coverage Can Cause Trauma Just Like Real Life: Study 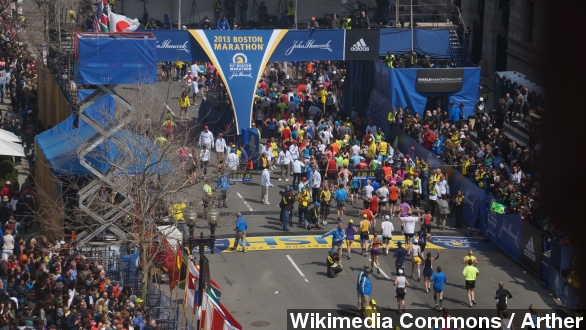 A new study says repeated media exposure of the Boston Marathon bombing could be more stressful than being there.

Can watching media coverage of a traumatic event be more stressful than actually being there? A new study suggests it can be.

Researchers at the University of California, Irvine found that people who experienced repeated media coverage of traumatic events showed more signs of acute stress than even those who were directly affected by the event or knew someone who was. (Via Los Angeles Times)

The study focused on the Boston marathon bombing. About one percent of participants had been at or near the bomb site, and 10 percent were directly exposed to the events. The survey also sampled from New York and the rest of the United States.

According to Discover Magazine, ​"The researchers found that people who had watched or read at least six hours per day of bombing coverage were nine times more likely to report acute stress than those who watched minimal news coverage."

One of the researchers told USA Today, "This media exposure was an even stronger predictor of acute stress than was direct exposure."

The study says that repeatedly engaging in media following an event could prolong feelings of stress and worry. Instances of "high-actute stress," which could be similar to PTSD symptoms, were found in about 5 percent of respondents.

According to The Conversation, one of the study's authors explained, "there are many studies which have looked at stress caused by an event or by the media coverage of an event, but none until now have looked to compare which of those two correlate to more stress."

Boston Magazine asks an important question: "Why did people without a personal stake watch six hours of TV coverage a day? That’s … a lot of TV." But the study considered reading and listening to coverage on everything from smartphones to computers counts in the research.

The researchers, though, said they were impressed with the way the city of Boston coped with the stress overall.