Media Makes Sure You Know San Bernardino Shooter Was A Mother 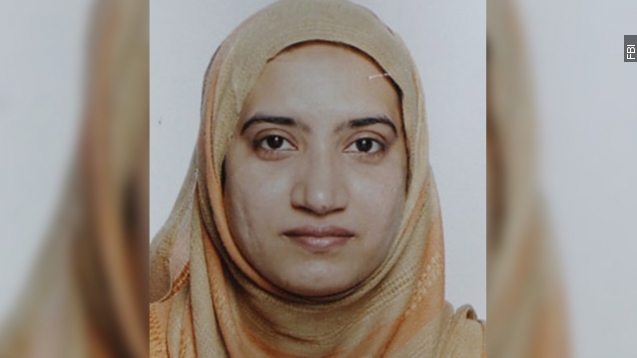 When the gunwoman in the San Bernardino shooting is described, she's always identified as a mother with a daughter — but it's not that remarkable.

Cable news really wants you to know the San Bernardino gunwoman, Tashfeen Malik, was a mother. (Video via KERO)

"A stay-at-home mother with a 6-month-old child now ..." said a CNN news anchor.

"It’s just not clear what on earth turned this woman, who was a mother with a 6-month-old daughter, into a black-clad killer …" said a MSNBC reporter.

Reports on her husband didn’t mention the child and didn’t carry that same sense of surprise.

"Let’s talk about this Syed Farook. He apparently was radicalized …" CNN reported.

But really, women are susceptible to the same factors that lead men to radicalization, which matters because it’s something law enforcement can overlook. And that’s happened before.

In January, there was Hayat Boumeddiene, the wife of Amedy Coulibaly, who is believed to have fled to ISIS-held territory in Iraq or Syria.

More recently, there was Hasna Ait Boulahcen, who was involved with the November Paris attacks.

In an op-ed for Time, Jayne Huckerby, director of the International Human Rights Clinic at Duke University’s School of Law, stressed how important it is to recognize how easily women can be radicalized by ISIS.

Essentially, Huckerby argues that if we don’t recognize women can qualify for radicalization now, then we’ll be in trouble as ISIS comes to rely on lone wolf attacks more and more.