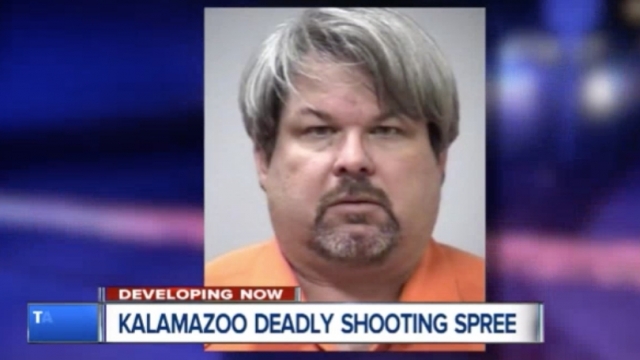 Multiple people reported being picked up and dropped off by Jason Dalton between the shootings that took place Saturday night in Kalamazoo.

Here's what we know about the man suspected of killing six people and injuring two others Saturday night in Kalamazoo, Michigan: He's 45 years old, a husband, a father and an Uber driver. And it's that last description that has everyone talking.

"Police arresting this man with no criminal record but works as an Uber driver," an ABC anchor said.

"This suspect was an Uber driver," a CNN reporter said.

"Jason Dalton, a driver for the car service Uber," a CBS anchor said.

Multiple people reported being picked up and dropped off by Jason Dalton between the shootings that took place Saturday night.

"It's crazy to think that someone could have gone out and just done all these horrible things and came straight-faced, like he's just coming to work doing his job and just didn't say much at all," one of Dalton's passengers that night told CBS.

On Sunday, a spokeswoman for the ride-hailing company confirmed Dalton worked for the service, although she did not confirm that he was working the day of the shootings.

The company requires potential drivers to undergo a screening process that flags any convictions within a seven-year history. If a potential criminal record is found, Uber checks it out.

But authorities say Dalton had no criminal record and no history of mental health problems. Uber found no legal reason to keep him from becoming one of its drivers.

Uber has been criticized in the past for not having thorough enough background checks. The company recently agreed to pay $28.5 million to settle charges that it used misleading language about the service's safety.

Police told Newsy's partners at WXYZ these crimes were "completely baffling." A motive for the shootings is still unclear.

This video includes clips from WXYZ and Uber and images from Getty Images.