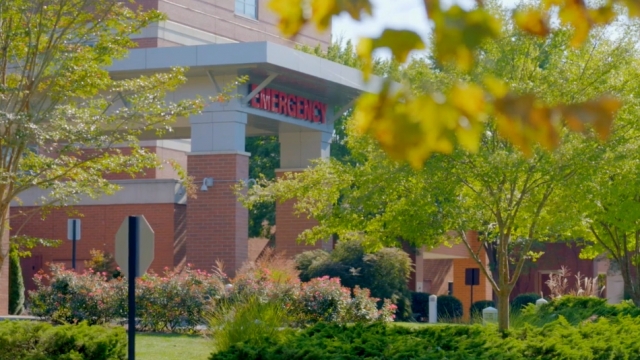 One rabbi and his temple raised more than $50,000 to relieve roughly $5 million in medical debt in the community.

Rosh Hashanah is the Jewish New Year when Jews around the world repent.

On a pulpit in Atlanta, Rabbi Sam Kaye says observing Rosh Hashanah means embracing the concept of second chances. In a 20-minute sermon, he relives his.

"A rabbinical student woke up in the middle of the night and rushed to the ER with the worst pain he'd ever felt in his life," he said. "Even with insurance, he couldn't afford the bill. Do I have to tell you that the last example was my own?"

Rabbi Kaye had barely heard of medical debt until he lived it. Months of biopsies and tests left him with $20,000 in medical bills he couldn't pay.

This summer the Journal of the American Medical Association released a stunning report. It found the total medical debt in America is roughly $140 billion. That's more than all other debt combined, and has been for five years. It found 1 in 6 Americans has some amount of medical debt in collections.

"The numbers are sort of mind-boggling," she said. "It's hard to collect on debt from patients because often people can't afford it. And so sometimes the hospitals sell it off to secondary debt collectors."

When they do, the debt loses value and loses more as it continues to go unpaid. R.I.P. Medical Debt purchases and pays off people's debts for pennies on the dollar.

"For that person, you're being billed for $1,000, and this is, you know, an incredible burden to you," Lande said. "But on the market, that $1,000 is probably only worth $10 or $5 because the market knows that it's probably not going to be collected. That's why we can buy it for cheap. At the end of it, if you say, 'That's crazy,' you have understood it. It is crazy, this whole system."

Rabbi Kaye was stuck in the system until he started his new job at The Temple in Atlanta.

"I said, 'Is there any way we can give me a forward, an advance on my current salary?' The board said yes, and one day they just gave me a check," he said. "I went and I paid off all my credit cards. I paid off all my medical debt. And the next day, I couldn't believe it. I was like walking on air."

When the rabbi learned of R.I.P. Medical Debt, he used his pulpit to announce a fundraiser. His temple community raised more than $50,000 to relieve roughly $5 million in medical debt.

There's no way to apply to get debt canceled for cheap. The people helped by R.I.P. Medical Debt only find out when they get a giant envelope in the mail. But within a broken system, those with pulpits — literal or financial — can fulfill the promise of a second chance.

"This is the day, and this is the moment, that God is giving us a nudge," Rabbi Kaye said. "So please help us bring the words of our Torah to life, and together let us answer God's call."