Meet Bill Taylor, One Of The Impeachment Inquiry's Key Witnesses 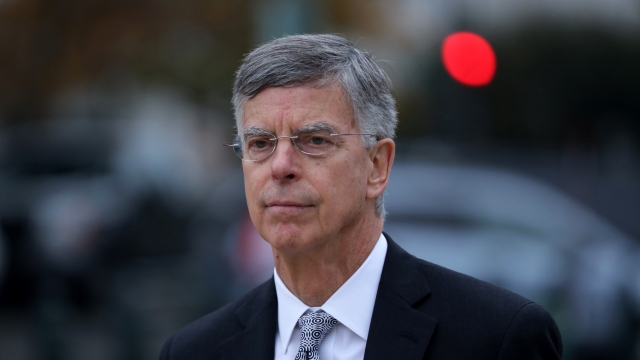 Here's how Ambassador Bill Taylor became such an important witness in the impeachment inquiry into President Donald Trump.

This is Bill Taylor, the top U.S. diplomat in Ukraine. He's made his mark as a seasoned envoy with years of government experience.

But lately, his name has become synonymous with the House's impeachment inquiry into President Donald Trump. Here's how he's become such an important witness in the investigation.

First, some background: Taylor graduated from the U.S. Military Academy at West Point and Harvard University's Kennedy School of Government.

He served as an Army infantry officer in Vietnam and Germany. From there, he was assigned to various positions in the State Department, including the U.S. ambassador to Ukraine.

Taylor retired from the Foreign Service in 2009 to take a position with the U.S. Institute of Peace. But he was asked to return to his old role after Ambassador Marie Yovanovitch was forced out of the position earlier this year.

And that's where Taylor's connection to the impeachment probe began.

House investigators were eager to hear from him after text messages he exchanged with EU Ambassador Gordon Sondland were made public in early October.

In those messages, Taylor repeatedly questioned President Donald Trump's decision to withhold military aid from Ukraine unless the country committed to investigating his political rivals.

Taylor testified before three House committees later in October. His deposition filled in gaps in the text messages and provided even more evidence that President Trump wanted a "quid pro quo" agreement with Ukraine — despite the president's repeated insistence to the contrary.

Taylor's testimony sent shock waves through Washington. And we'll hear more from him this week when the impeachment investigation goes public. Taylor and other diplomats are scheduled for open hearings on Wednesday and Friday.