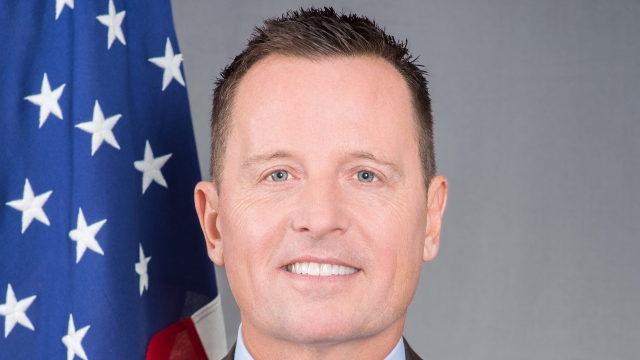 Ambassador Richard Grenell has years of experience in politics and public service, but he hasn't worked in intelligence before.

U.S. Embassy and Consulates in Germany

This is Richard Grenell. He's the U.S. ambassador to Germany and, as of Wednesday night, President Donald Trump's pick to serve as acting director of national intelligence.

As Newsy previously reported, Grenell will replace acting DNI Joseph Maguire, whose time in the role runs out in mid-March.

Grenell will continue to act as the U.S. envoy to Berlin during his time as acting director. He's been in that position since May 2018.

Before that, Grenell was the spokesman for the U.S. ambassador to the United Nations from 2001 until 2008, during which time he advised four ambassadors. He also served as a spokesperson for multiple public officials and political candidates, including a brief stint on Mitt Romney's 2012 presidential campaign.

But Grenell is lacking in experience as an intelligence official — something critics were quick to point out after President Trump's announcement. He's not expected to be nominated for the permanent director position, which would require Senate approval.