Melania Trump Issues Statement On Family Separations At The Border 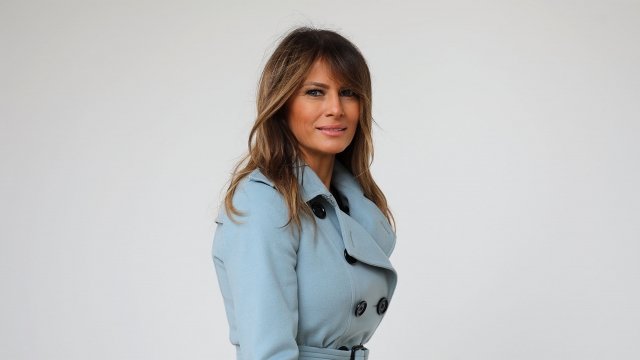 In a statement issued through her spokesperson, the first lady said she "hates to see children separated from their families" at the border.

In a rare statement on policy, first lady Melania Trump weighed in on the immigration debate Sunday.

Trump's spokeswoman told reporters, "Mrs. Trump hates to see children separated from their families and hopes both sides of the aisle can finally come together to achieve successful immigration reform."

It is Trump's first public comment about the separations, which have been closely tied to the Trump administration's newly imposed "zero-tolerance" strategy on immigration.

Back in May, Attorney General Jeff Sessions promised to prosecute "100 percent" of people who illegally cross the southwest U.S. border. He warned that by doing so, families would be separated.

Earlier this month, a Department of Homeland Security spokesman said nearly 2,000 children were separated from their parents between April 19 and May 31.

On Sunday, Melania Trump's spokeswoman went on to say, "She believes we need to be a country that follows all laws, but also a country that governs with heart."

The statement came on the same day one of Trump's predecessors — former first lady Laura Bush — wrote about the separations in a column for The Washington Post. She called the policy "cruel" and "immoral."