An Australian City Is Tackling Gender Equality In An Unexpected Way 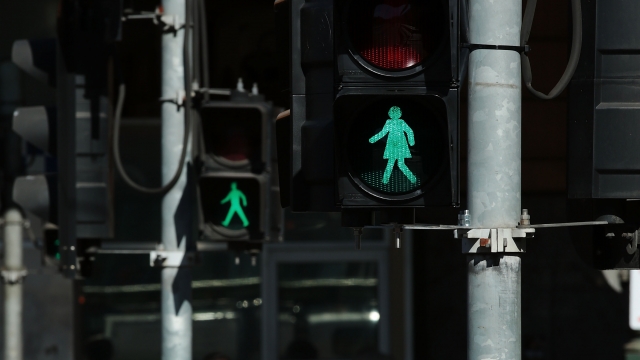 The team behind the change to pedestrian traffic signals hopes it will "help reduce unconscious bias."

An Australian city is promoting gender equality through a method of communication you might not often think about: traffic signals.

Committee for Melbourne, a nonprofit organization of community groups and businesses, is behind the change.

Its chief executive says the signals were installed as part of a 12-month trial to "help reduce unconscious bias."

It's a small change. But it's one that is "symbolically significant," according to Fiona Richardson, the state of Victoria's minister for women. She told ABC Australia, "A culture of sexism is made up of very small issues, like how the default pedestrian crossings use a male figure, and large issues, such as the rate of family violence facing women."

Not everyone is enthusiastic about the silhouette. Some Twitter users pointed out that just because the previous symbol didn't wear a dress didn't automatically make it a male figure.

Last year, Melbourne installed a set featuring the silhouette of Mary Rogers, who was the first woman elected to local government in the state of Victoria.

A town in New Zealand put suffragist Kate Sheppard on some of its crosswalk lights to celebrate the country being the first to give women the right to vote.

And the city of London temporarily installed pedestrian signals honoring the LGBTQ community ahead of last year's pride celebrations.

The newest pedestrian lights in Melbourne were installed at no cost to taxpayers.

The Committee for Melbourne says its goal is to have 50 percent of the state's pedestrian signals feature women.