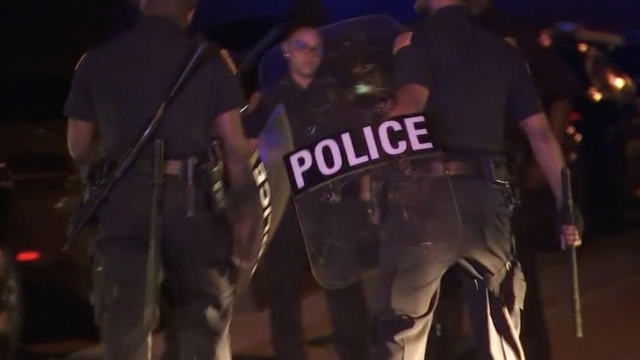 According to the Memphis Police Department, 36 officers and deputies suffered minor injuries after demonstrators hurled bricks and rocks at them.

Memphis-area police are increasing patrols after a protest over the fatal shooting of a young black man turned violent earlier this week.

According to the Memphis PD, a total of 36 officers and deputies suffered minor injuries after demonstrators hurled bricks and rocks at them during protests Wednesday night.

Memphis Mayor Jim Strickland said multiple police vehicles were vandalized, a concrete wall outside a business was torn down and windows at a fire station were broken out.

The protests started not long after 20-year-old Brandon Webber was shot and killed by U.S. Marshals. According to the Tennessee Bureau of Investigation, Webber was wanted on multiple warrants. The TBI says officers "encountered" Webber as he was getting into a vehicle. He allegedly slammed the car into the officers' vehicles multiple times before getting out with a weapon. The officers then fired at Webber.

Authorities said three people were arrested during the demonstrations and charged with disorderly conduct. One was also charged with inciting a riot.