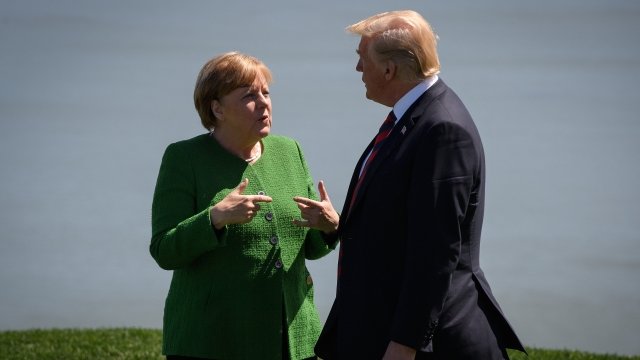 The German Chancellor warned President Donald Trump not to follow through on his threat to implement a 20 percent tariff on cars from Europe.

In May, the Commerce Department started an investigation into possible auto tariffs, and a few weeks later in a tweet, Trump threatened a 20 percent tax on all cars coming into the U.S. from Europe.

Merkel said Wednesday "the global economy depends on us working together in a spirit of partnership." She also said taxing cars from the European Union could start an all-out trade war.

The World Trade Organization is also keeping a close eye on the global exchange of goods. A new report on the state of trade among G20 countries said "the increase in trade-restrictive measures" and "increasing trade tensions ... should be of real concern to the international community."