Merrill Newman Back In U.S. After North Korean Detention 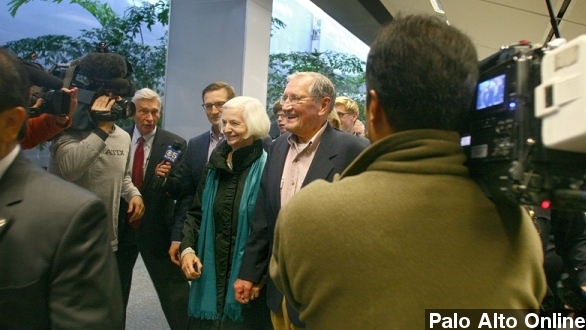 U.S. veteran Merrill Newman is finally back on American soil after spending more than a month held captive in North Korea.

Eighty-five-year-old U.S. veteran Merrill Newman is finally back on American soil after spending more than a month held captive in North Korea. (Via Fox News)

NEWMAN: "I'm tired but ready to be with my family."

In late October, Newman was headed back home from a 10-day trip to North Korea when officials detained him minutes before his plane was scheduled to depart. North Korean officials called him a war criminal. (Via CNN)

Then the country released what some thought was a coerced "apology" video, in which Newman read from a bizarrely worded prepared statement. (Via CBS)

NEWMAN: "On this trip, I can understand that in U.S. and Western countries, there is misleading information and propaganda about DPRK." (Via The Telegraph)

And it's because of that apology, and his ailing health, that North Korea says it decided to release the veteran. And while he's a free man now, it seems he was careful about what he said until he actually reached American soil. Check out what he told reporters at the airport in Beijing:

NEWMAN: "I appreciate the tolerance the DPRK government has given to me to be on my way." ​(Via NTDTV)

The Swedish embassy in Pyongyang helped negotiate the release, since the U.S. doesn't have diplomatic ties to North Korea.

American Kenneth Bae, however, remains detained in North Korea, where he's been since the beginning of November. (Via Arirang)