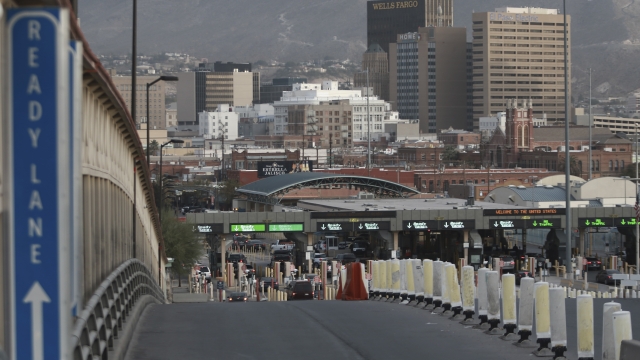 U.S. Customs and Border Protection told Newsy that over four years it has seized an increasing amount of opiates at El Paso ports of entry.

U.S. Customs and Border Protection says it's ready for more people now that borders have reopened.

"We are looking at our staffing levels, making sure we marrying our staff to workload principles," said Ray Provencio, acting director at the Port of El Paso.

It's welcoming legal trade and travel, but agents are also expecting more smuggling.

CBP told Newsy that over four years it has seized an increasing amount of opiates at El Paso ports of entry, including the powerful narcotic fentanyl, as well as stimulants like methamphetamine.

The U.S. Border Patrol also stages checkpoints more than 100 miles inland and says it has netted big drug busts at those locations.