Mexican Mayor Who Stood Up To Drug Cartels Found Dead 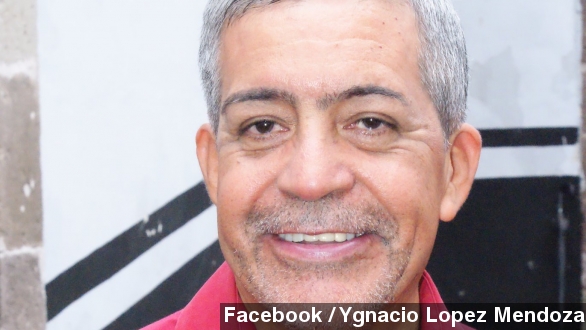 Mayor Ygnacio Lopez Mendoza of Santa Ana Maya was known for his crusade against the country's violent drug cartels. He was found dead in his car Thursday.

The mayor of a small Mexican town was found dead in his car Thursday. He was known for his crusade against the country's violent drug cartels.

Specifically, Mendoza said a local drug cartel known as Knights Templar was constantly harassing him, demanding 10 percent of the city's budget every year. Mendoza ended his hunger strike once the federal government agreed to give the city more money. (Via The Sydney Morning Herald)

Authorities initially said Mendoza died of asphyxiation from a car crash. (Via KSTS)

Now, authorities say the death wasn't an accident, but they haven't placed blame on any specific group. Former President Felipe Calderon has accused the Knights Templar of carrying out a possible murder. (Via Press TV)

Mendoza had claimed the cartel tried to extort him after the city received more money. If the gang actually did kill him, Mendoza would be added to a long list of Mexican mayors killed during the drug war.

The Los Angeles Times points out almost 50 mayors have been killed in the past seven years because of drug cartel violence. Before he died, Mendoza said the cartel trying extort him was doing the same in cities all across the same region of Mexico.

Calderon has demanded a full investigation into Mendoza's death. Current President Enrique Pena Nieto has deployed 50,000 troops to try to curb some of the country's violence that has left more than 60,000 dead.