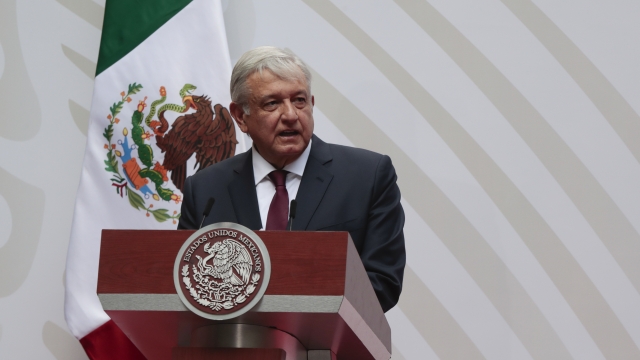 Mexico's President says the money will protect jobs and three million loans will be issued to small businesses.

Mexican President Andres Manuel Lopez Obrador is pledging $2.5 billion to stimulate the country's ailing economy amid the coronavirus. But his announcement Friday comes after piqued criticism over his failure to respond sooner.

Lopez Obrador said his government will provide 3 million loans next month to support small businesses. But he offered few specifics.

Mexico is Latin America's second largest economy and was already falling into a recession prior to the pandemic.

The president says he'll cut his pay as he directs help to the public. This is after he had downplayed the virus, shunning calls for social distancing while hugging and kissing people at large public events.

Swiss bank UBS called his response to the outbreak "among the weakest anywhere in the world," and predicts the economy to plummet even further this year.

Mexican health officials have advised citizens to wear face masks in public and regularly wash their hands. But this can be difficult. In many impoverished regions, people lack access to clean water.

According to the National Autonomous University of Mexico, that includes as many as one million people in the nation's capital, Mexico City.