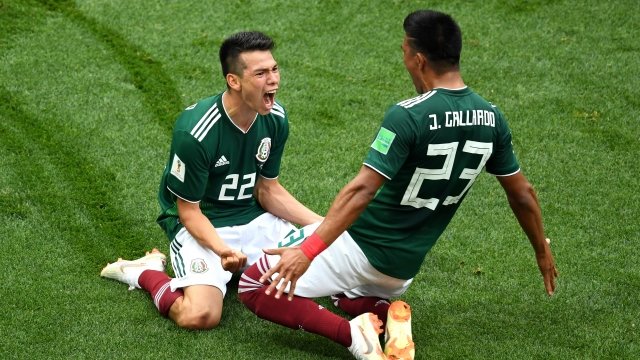 The winning goal caused such a ruckus among fans in Mexico City that two earthquake sensors picked up tremors in the capital.

Mexico was really shaken up by the country's surprise World Cup victory against Germany on Sunday. Literally.

According to the Institute for Geological and Atmospheric Investigations, the winning goal caused such a ruckus among fans in Mexico City that two earthquake sensors picked up tremors in the capital.

The institute says the so-called false quake may have been triggered by "massive jumps" across the capital.

The institute says tremors like these aren't very big; in fact, they aren't perceptible to the population in general. And, as CNN points out, the U.S. Geological Survey and Mexico's National Seismological Service didn't report any earthquake activity.

But you could definitely feel the excitement in Mexico City after the big game, which has been called one of the biggest upsets ever.