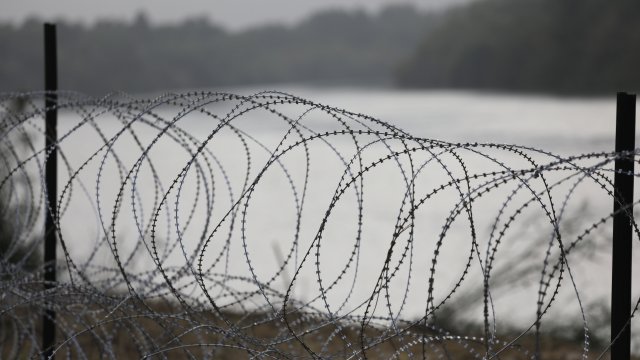 Mexico's secretary of defense told reporters nearly 15,000 soldiers and National Guard members have been deployed to the U.S.-Mexico border.

Mexico says it sent thousands of troops to the northern part of the country to help stop illegal immigration to the U.S.

During a news conference Monday, Mexico's secretary of defense told reporters nearly 15,000 soldiers and National Guard members have been deployed to the U.S.-Mexico border.

The move is part of Mexico's effort to stem the flow of migrants from Central America toward the U.S. after President Donald Trump threatened to impose a series of escalating tariffs on Mexican imports.

Earlier this month, the country started sending National Guard members to its southern border, where many migrants cross over from Guatemala.

As Newsy previously reported, more than 200,000 Guatemalans were apprehended at the U.S.-Mexico border from October through May, making the country the single largest source of migrants to the U.S. in that time period.