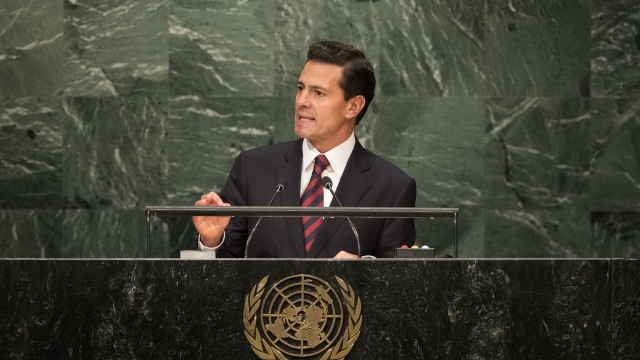 A former associate of the drug kingpin testified Tuesday that former Mexican President Enrique Peña Nieto accepted the bribe in 2012.

Guzmán, who was extradited to the U.S. in 2017, has been on trial since November. Prosecutors say he ran Mexico's Sinaloa cartel from 1989 to 2014. During that time, they allege the cartel imported more than 200 metric tons of cocaine to the U.S., along with heroin, methamphetamine and marijuana. Prosecutors also charged Guzmán in connection with the assassinations of thousands of competitors.

According to reports, Cifuentes testified Tuesday that Peña Nieto originally requested $250 million from Guzmán. Eventually they reportedly settled on $100 million, which was allegedly paid to the then-president-elect in 2012.

Guzmán's defense attorney referenced the bribe during his opening statement last year. At the time, a spokesman for Peña Nieto called the accusation "completely false and defamatory."  Peña Nieto, who left office in 2018, did not respond to requests for comment Tuesday.

The court might get to hear Guzmán tell his side of the story. His attorney has submitted his client's name as a potential witness for the defense. Guzmán's pleaded not guilty to all 17 charges against him. If convicted, he faces life in prison.