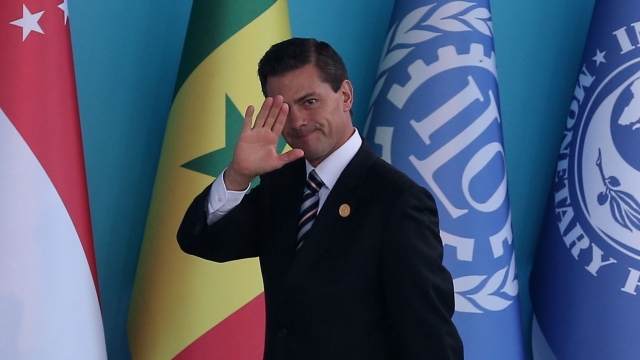 Several court decisions have already struck down most of the barriers preventing same-sex couples from getting married.

Peña Nieto's office says the president signed proposals to add same-sex marriage protections into the constitution and federal civil code. The office also posted a picture of the federal building lit up in rainbow colors.

While not technically recognized by law across Mexico, several states there have already legalized same-sex marriage, and the country's courts have struck down almost all barriers to marriage for same-sex couples.

The president's action comes as part of the International Day Against Homophobia, Transphobia and Biphobia, which Peña Nieto first recognized as a national holiday in 2014.

This video includes clips from the Government of Mexico. Music provided courtesy of APM Music.