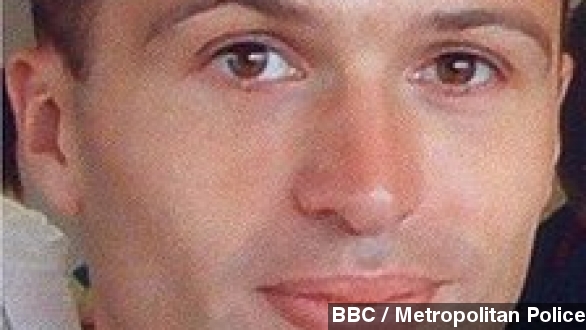 Cue the conspiracy theorists rolling their eyes. Padlocked inside a sports bag in his own bathroom, London Police say the death of an MI6 spy and codebreaker was likely an accident.

Gareth Williams' body was found in 2010 after he didn't show up for work. Last year, a coroner ruled the 31-year-old man was unlawfully killed, but neither group seems overly confident with their findings. (Via The Independent)

"They've asked all the questions, they say, and they've got answers. But they don't know exactly what happened and they still don't know the precise circumstances of how Gareth Williams died." (Via Sky News)

Besides the more obvious and numerous conspiracy theories of why someone would want a British spy dead, many question how Williams could've pulled this off alone leaving no evidence behind.

Sky News posted pictures of a yoga expert trying to get into a bag called a holdall and even the padlock from Williams' bag. Met Police say Williams could've locked himself inside before suffocating.

Count Williams' family among the many skeptics.

A statement released after the police announcement read, "We consider that on the basis of the facts at present known, the Coroner's verdict accurately reflects the circumstances of Gareth's death." (Via Daily Mirror)

BBC reporters note anyone still suspecting a scheme can point to plenty of gaps in evidence. For instance, investigators found none of Williams' DNA on the lock and no palm prints on his bathtub. (Via ITN)

Sky News says investigators initially expressed some frustration in getting all sides to cooperate because Williams had access to national security intelligence. Police admit we may never know exactly what happened to the MI6 spy.