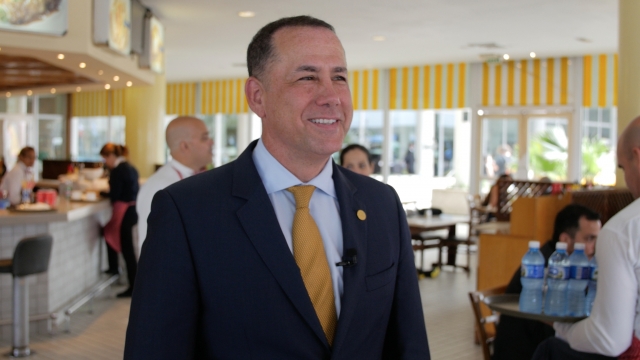 During his visit to Havana, Miami Beach Mayor Philip Levine said he thinks the Cuban people are ready to make changes.

"In the United States, we have a clear monument to what the Cuban people can build," President Barack Obama said in Havana. "It's called Miami."

"I think a lot of Cuban Americans that were here felt a wonderful warmth and excitement in their hearts when the president recognized them," the Miami Beach mayor told us. "And we want to empower the Cuban people. They're the ones that are going to make the change and decide how they want their lives to be in the future."

"No, I actually don't think they have a negative feeling toward the Miami Cubans because the Cuban people in Cuba are very smart," Levine said. "They've been educated in the political process for many years. I think they recognize that the time has come to make their lives better, to make some changes. I think they don't fear the United States."