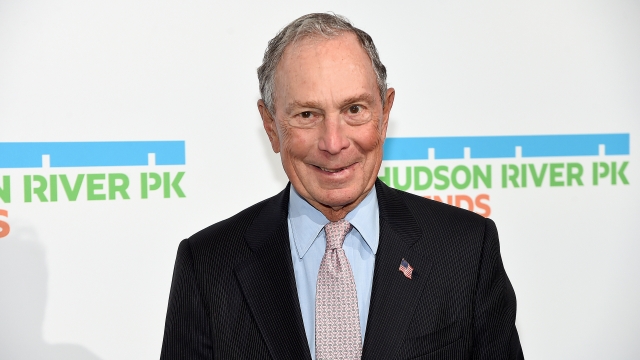 But the billionaire has not announced an official presidential bid. According to The Hill, an aide to Bloomberg said the filing was "another step towards running."

Earlier this year, the 77-year-old said he wouldn't run for president, but he's taken steps here and there to ensure a presidential bid isn't completely off the table.

He's also reportedly planning to spend $15-$20 million to register half a million voters in an effort to hurt President Trump's reelection chances in five states.

Some Democratic presidential candidates have already criticized his attempts to run, saying he'll try to buy the presidency. If Bloomberg enters the race, he would be the second billionaire, after Tom Steyer, running as a Democrat.