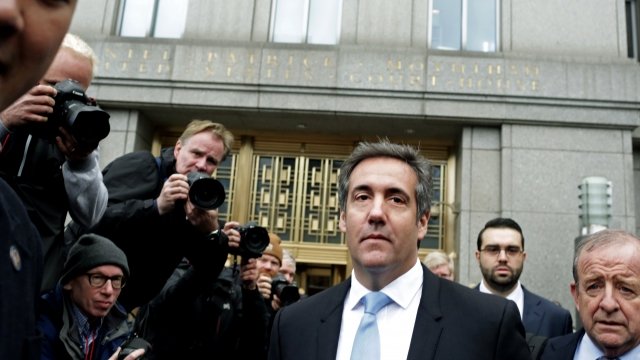 The adult film star says she had an affair with the president in 2006. She's looking to get a so-called hush agreement between her, Cohen and the president thrown out. Trump never signed it, and Daniels' lawyer claims the document is void because of that.

Daniels' lawyer wanted certain documents from Cohen to prove there was no agreement. Then, the FBI raided Cohen's New York office, home and hotel room, forcing a criminal investigation against him into the spotlight. Cohen's lawyer says he wants to make sure he doesn't say anything in court during the Daniels case that could be used against him in the New York case.

Now, the judge in the California case could decide whether or not to postpone the case.