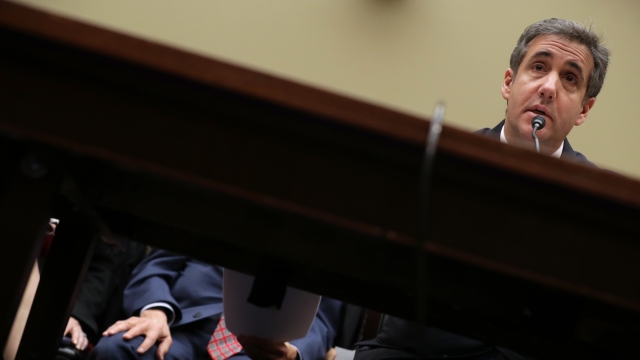 Michael Cohen spent his second full day this week testifying before Congress, and, unsurprisingly, it was a bitter political battle.

Rep. Jackie Speier: "OK. How many times did Mr. Trump ask you to threaten an individual or entity on his behalf?"

Michael Cohen: "Quite a few times."

They also focused on what and when the president knew about any wrongdoing.

Rep. Lacy Clay asked: "To your knowledge, did the president or his company ever inflate assets or revenue?"

Clay: "And was that done with the president's knowledge or direction?"

Cohen: "Everything was done with the knowledge and at the direction of Mr. Trump."

Republican lawmakers, however, criticized the hearing as a whole.

"This is not what the American people sent us here to do. This is an embarrassment for our country," Rep. Chip Roy said.

And they highlighted Cohen's past criminal actions, including his convictions for tax fraud and lying to Congress.

"Now, we're in a search for truth, and I don't know, Chairman, how we're supposed to ascertain the truth in this quagmire of a hearing ... when the best witness we can bring before us has already been convicted of lying before us," Rep. Michael Cloud said.

And they repeatedly questioned Cohen's credibility.

"So we've established you lie on taxes, you lie to banks and you have been convicted of lying to Congress. It seems to me that there's not much you won't lie about when you stand to gain from it," Rep. Virginia Foxx said.

Cohen submitted a number of documents to the committee to back up his version of events. When asked why those documents and his testimony should be deemed credible, he said: "So that you don't have to take my word for it. I don't want you to. I want you to look at the documents. I want you to make your own decisions."