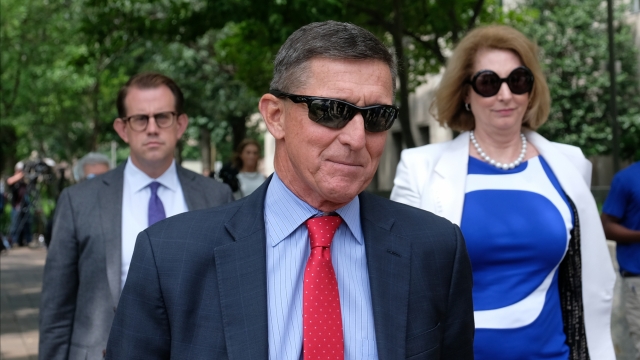 The desire to change the plea comes days after prosecutors said Flynn should go to jail for lying to the FBI.

Michael Flynn asked a federal judge to withdraw his guilty plea, according to a court filing.

The former national security adviser originally pleaded guilty to lying to the FBI during the Mueller investigation.

The desire to change the plea comes days after prosecutors said Flynn should go to jail for lying, a major change in stance, after saying in late 2018 Flynn deserved as little as no jail time for his cooperation.

The point of contention? Prosecutors say Flynn didn't help them at the trial of his former lobbying partner during the summer of 2019. Flynn hired a new legal team during that season, who have for the past several months worked to withdraw his guilty plea.

Flynn's new lawyers accused prosecutors of "bad faith, vindictiveness and a breach of the plea agreement," according to a court filing. They also asked to delay Flynn's sentencing date.

The judge on this case will have to sign off on Flynn's request to withdraw his guilty plea. It's likely he'll set a hearing to allow prosecutors to respond before making a decision.