Michael Jordan To Venture Into NASCAR With His Own Team 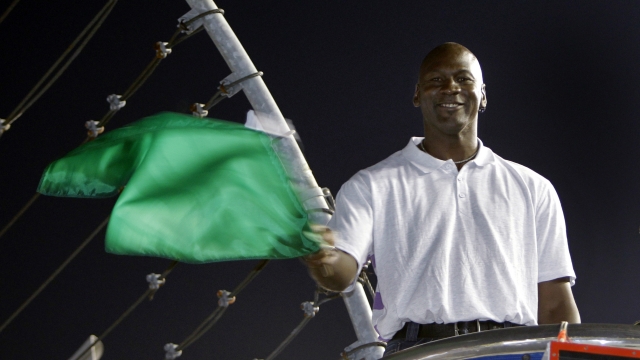 Basketball legend Michael Jordan is stepping into the NASCAR world.

Jordan will join Denny Hamlin, a three-time Daytona 500 winner, to form a new NASCAR team. The pair announced Monday that Bubba Wallace – NASCAR's only high-ranking Black driver – would drive for the team.

In a statement, Jordan said, "Historically, NASCAR has struggled with diversity and there have been few Black owners. The timing seemed perfect as NASCAR is evolving and embracing social justice more and more."

This comes after the NASCAR world embraced Wallace, who was the target of an alleged hate crime when a noose was found in his garage. Shortly after, NASCAR banned Confederate flags from being displayed at its events.

Jordan said this move will "open new opportunities for Black people in racing." Jordan will be the first Black cup team owner since Wendell Scott drove his own race car from 1961 to 1973.