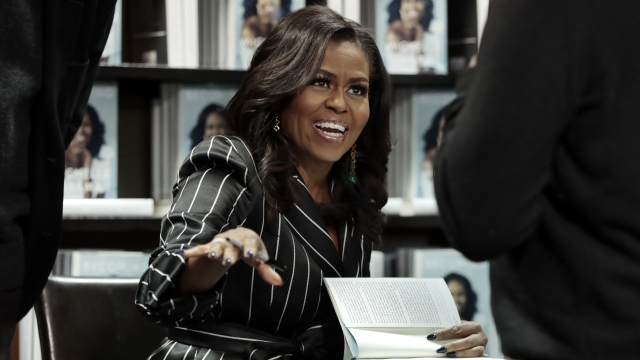 The former first lady said she wakes up at night because she's "worrying about something, or there's a heaviness."

"I know that I am dealing with some form of low-grade depression. Not just because of the quarantine, but because of the racial strife, and just seeing this administration, watching the hypocrisy of it, day in and day out, is dispiriting."

She told her guest — former NPR host Michele Norris — she wakes up at night because she's "worrying about something, or there's a heaviness." Still, she pointed to protests as a source of hope.

She said, "I am heartened by the depth, the sustained vigor, the diversity ... the peaceful nature of these protests. That helps me sleep at night."

The former first lady said keeping a daily routine has helped her cope, but that she sometimes feels "too low" to get her workout in.

After the episode was released, Obama clarified that she's "doing just fine" and there's "no reason to worry about" her.