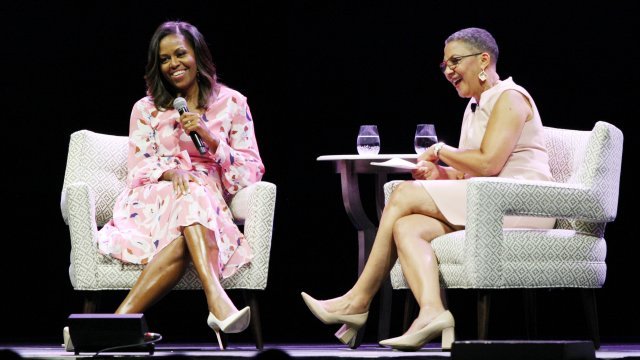 Obama spoke at a Women's Foundation of Colorado event about what comments cut her the deepest when she was first lady.

Michelle Obama wants women to own their scars and celebrate their strength.

The former first lady spoke at the 30th anniversary for the Women's Foundation of Colorado. More than 8,000 people attended the event.

Obama addressed several topics during the conversation, but a lot of her time was spent encouraging women to power through their struggles.

She was asked specifically about what struggles she endured and what cut her the deepest while her husband served as president.

Obama said the racism and comments about her body were some of the worst. Ultimately, she said she's hurt knowing that, despite her public service, "there are still people who won't see me for what I am because of my skin color."

During the chat, Obama emphasized that she will not run for public office, despite rumors to the contrary. But since leaving the White House she's promoted topics she advocated for as first lady, including education and health and nutrition for young people.

The Women's Foundation of Colorado says money raised from the event will help expand its community impact and promote causes for women and girls.