Michigan State University's Board Has Picked An Interim President 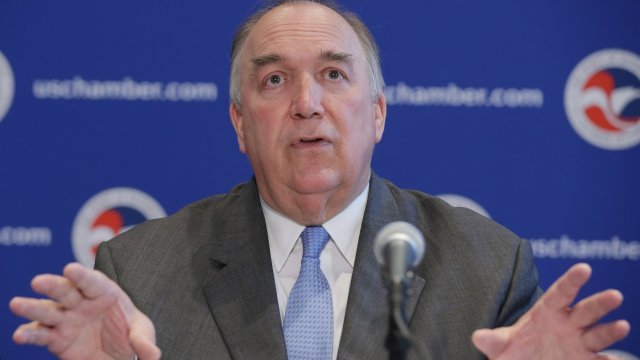 But the decision has some students and faculty members upset.

The board of Michigan State University has chosen an interim president in the wake of the Larry Nassar scandal, but the school's students and faculty aren't happy about its decision.

But here's the problem: Students and faculty members say they expected to have some input in the selection. They say they were blindsided by the decision and called the process undemocratic. And some don't like Engler's political track record.

The president of MSU's Council of Graduate Students said, "Even on a temporary basis, the damage that can be caused by appointing a politician as interim president on an already polarized campus is catastrophic."

Some faculty members say if Engler is appointed, they'll call for a vote of no confidence to oust the entire board at their next meeting.

The judge in Nassar's third sentencing hearing on Wednesday said more than 265 people had said the former MSU doctor had abused them.