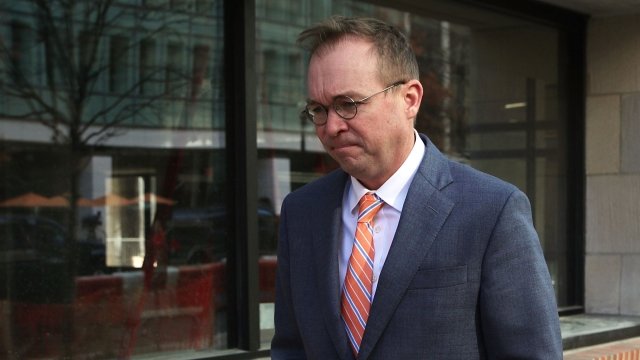 Mulvaney has been a critic of the bureau, but pushed back against the idea he was there to dismantle the agency.

On his first day on the job, Mick Mulvaney imposed a freeze on new hires, new regulations and payments from the civil penalties fund at the Consumer Financial Protection Bureau.

But those orders could be nullified: It's still not clear if Mulvaney is legally in charge of the agency.

Leandra English was recently appointed deputy director by the agency's outgoing director, and she filed suit against President Donald Trump and Mulvaney.

She argued the agency's founding law, the Dodd-Frank Act, specified the deputy director — English, in this case — shall "serve as the acting Director in the absence or unavailability of the Director."

Mulvaney has been a critic of the bureau, but he pushed back against the idea he was there to dismantle the agency. He said he had not taken steps to fire English and would be willing to meet with her in the coming days.