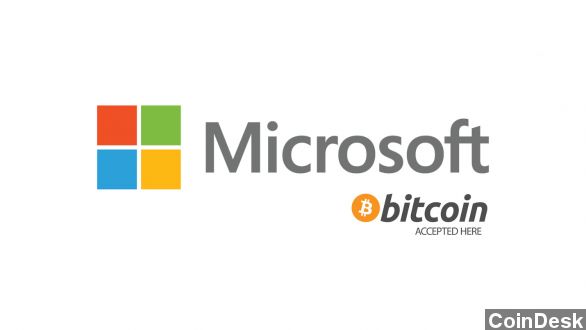 Microsoft revealed Thursday it has become the latest company to endorse Bitcoin, allowing users to add the cryptocurrency to their Microsoft Accounts.

Bitcoin aficionados now have one more place to spend their cryptocurrency — Microsoft.

The tech giant slipped the news into its payment and billing information page, where it outlines the various ways one can use Bitcoins with their Microsoft account. (Video via Microsoft)

The official announcement came later, through Microsoft’s blog with a company VP saying the move “is about giving people options and helping them do more on their devices and in the cloud.”

There are a few stipulations, however. Users can only use Bitcoin to add money to their Microsoft accounts. It can’t be directly used to make purchases. Only $100 can be added to an account at a time, and only a total of $1,000 can be added per day.  Finally, the service is currently only available in the U.S.

Once transferred into the account, the user can then purchase any of Microsoft’s products or services as they normally would, no strings attached.

While vague on specifics, Microsoft co-founder Bill Gates expressed interest in cryptocurrencies earlier this year in an interview with Bloomberg.

Bill Gates told Bloomberg in October: “Well Bitcoin is exciting because it shows how cheap it can be.”

Microsoft is the latest company to jump on the Bitcoin bandwagon with the cryptocurrency even getting itself attached to a college bowl game — the St. Petersburg Bitcoin Bowl.

That moniker came after the bowl game was sponsored by none other than BitPay, the same Atlanta-based payment company handling Microsoft’s exchanges.

But after taking numerous tumbles since its all-time-high of trading at around $1,100 a year ago, investors should probably remain relatively cautious. (Video via YouTube / weusecoins)

Bitcoin’s currently sitting at just above $350 after getting a slight boost earlier this morning, possibly from the revelation that Microsoft is now accepting it.

This video includes an image from Getty Images and images from Bitcoin Project.