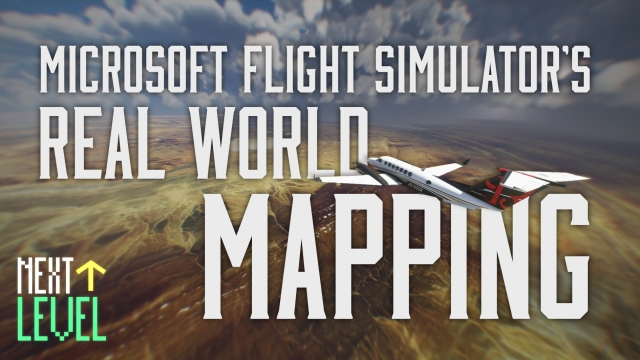 The virtual world of Microsoft Flight Simulator is so realistic, it’s attracting the attention of real-world open-source journalists and researchers.

It's almost impossible to capture the beauty and complexity of reality in a computer-generated simulation. But some video games are getting pretty close.

The Microsoft Flight Simulator games have been known for pushing the technological envelope ever since they debuted in the early '80s. The franchise is a pretty big deal for enthusiasts: the newest game is expected to pump an additional $2.6 billion into the PC hardware market over the next three years.

One of the reasons the game's drawing such attention is its promise to simulate the entire world. Using satellite imagery, artificial intelligence, and a host of open-source data, Microsoft Flight Simulator has generated a high-fidelity copy of the real world, with accurate mountains, rivers, and over 1.5 billion buildings.

The game's ability to recreate our own world in a virtual space could make it a useful tool in real-world investigations and research —  and the technology behind it has potential for so much more.

Giancarlo Fiorella is an open-source journalist for Bellingcat, an investigative outlet and Newsy partner. He uses freely accessible tools like satellite imagery and flight tracking software to research and analyze events around the world.

Fiorella first became interested in Microsoft Flight Simulator as a potential tool for helping with his investigations. The idea is that each virtual landmark will roughly match up with its real-world counterpart across the entire globe — which could be useful in isolated areas that aren't captured well in other data sets.

Fiorella told Newsy: "What Microsoft Flight Simulator was promising was to, like potentially have, you know, hundreds of millions, even billions of buildings. All around the world, not just big cities, but like even the most remote villages."

Fiorella quickly found the simulated world diverged from the real one in odd ways: buildings that had been destroyed in real-world conflicts are still standing in the game. And while satellite images often blur out sensitive sites like military bases, the simulation is free to add in its own buildings to those places.

The simulation's not quite accurate enough to be used as an analytic tool on its own: the computerized AI occasionally misjudges how tall buildings should be. And the game sometimes fails to capture the spirit of the buildings it is modeling: take for example our national treasure, the Washington Office Park and Business Development Center.

"For a game, it's cool because it's populating it with buildings, that's good enough. But for something like geolocation, which requires really high precision, you know, the game just doesn't have that kind of accuracy in its rendering of buildings," Fiorella said.

Fiorella does think the software has potential when it comes to natural landscapes: the virtual renderings of mountains and lakes often contain more detail than commonly available satellite imagery.

And the simulation's ability to even come close to mapping out the entire world provides a good picture of how far current technology has come — and where it might head in the future.

Flight simulators have long set standards for visuals and physics simulations in video games. In some cases, these games served as introductions to the very idea of graphics in computing.

"You can't really understand today's audio visual culture or where it comes from, without understanding the history of flight simulation."

Patrick Crogan is a media studies professor in England who specializes in the cultural impact of video games and simulations.

He told Newsy, "Even on my more modest gaming computer, I was just blown away with how beautiful the world looked. So that was really impressive."

"Often, early PCs would ship with a flight simulation game for free. … They did function a bit like that, as kind of demonstrator models, if you like, or demonstrator examples of what audio-visual interface can do."

While the latest game still looks great visually, the series is really breaking ground in its use of satellite imagery and artificial intelligence. The simulator provides a good snapshot of what global surveillance satellites and machine learning tech can accomplish.

Fiorella said: "I was really impressed with how the game is able to render like a copy of the world with real, you know, weather and lighting conditions. And so it makes you think, you know, what's, what's the next Microsoft Flight Simulator gonna look like?"