Microsoft Plans To Encrypt Server Traffic To Slow Down NSA 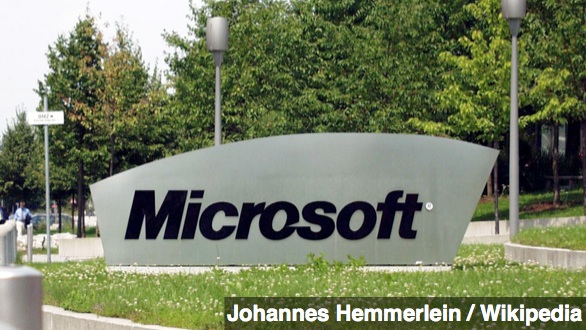 Microsoft intends to start encrypting the flow of information between its datacenters to prevent the NSA from spying on its data.

Microsoft could be the latest tech firm to start encrypting its data, in order to complicate spying efforts by the NSA or other organizations.

A report in The Washington Post indicates insiders with Microsoft are worried the NSA's intelligence-gathering machine might have broken into its network — the same way it breached internal computer systems at Google and Yahoo.

The NSA got into those networks with an initiative called MUSCULAR, through which it indiscriminately vacuumed up huge volumes of unencrypted traffic as it moved between companies' data centers. (Via Wired)

The move sparked backlash from Google and Yahoo, and the two companies began encrypting their data to stay ahead of the NSA, in what one Google executive called an "arms race." (Via Euronews)

Microsoft officials, meanwhile, say they don't have concrete proof that the NSA actually is tapping the company's networks — but they plan to proceed with scrambling the traffic anyway.

"These allegations are very disturbing. If they are true these actions amount to hacking and seizure of private data and in our view are a breach of the protection guaranteed by the Fourth Amendment to the Constitution." (Via the Washington Post)

In its own statement, the NSA has reiterated its activities are focused on hunting foreign intelligence targets,

"…not on collecting and exploiting a class of communications or services that would sweep up communications that are not of bona fide foreign intelligence interest to the U.S. government." (Via The Verge)

As the timeline for encryption is still just in talks for now, it's not clear how soon Microsoft might begin its efforts. Executives are said to be meeting this week to discuss which measures to take, and when.